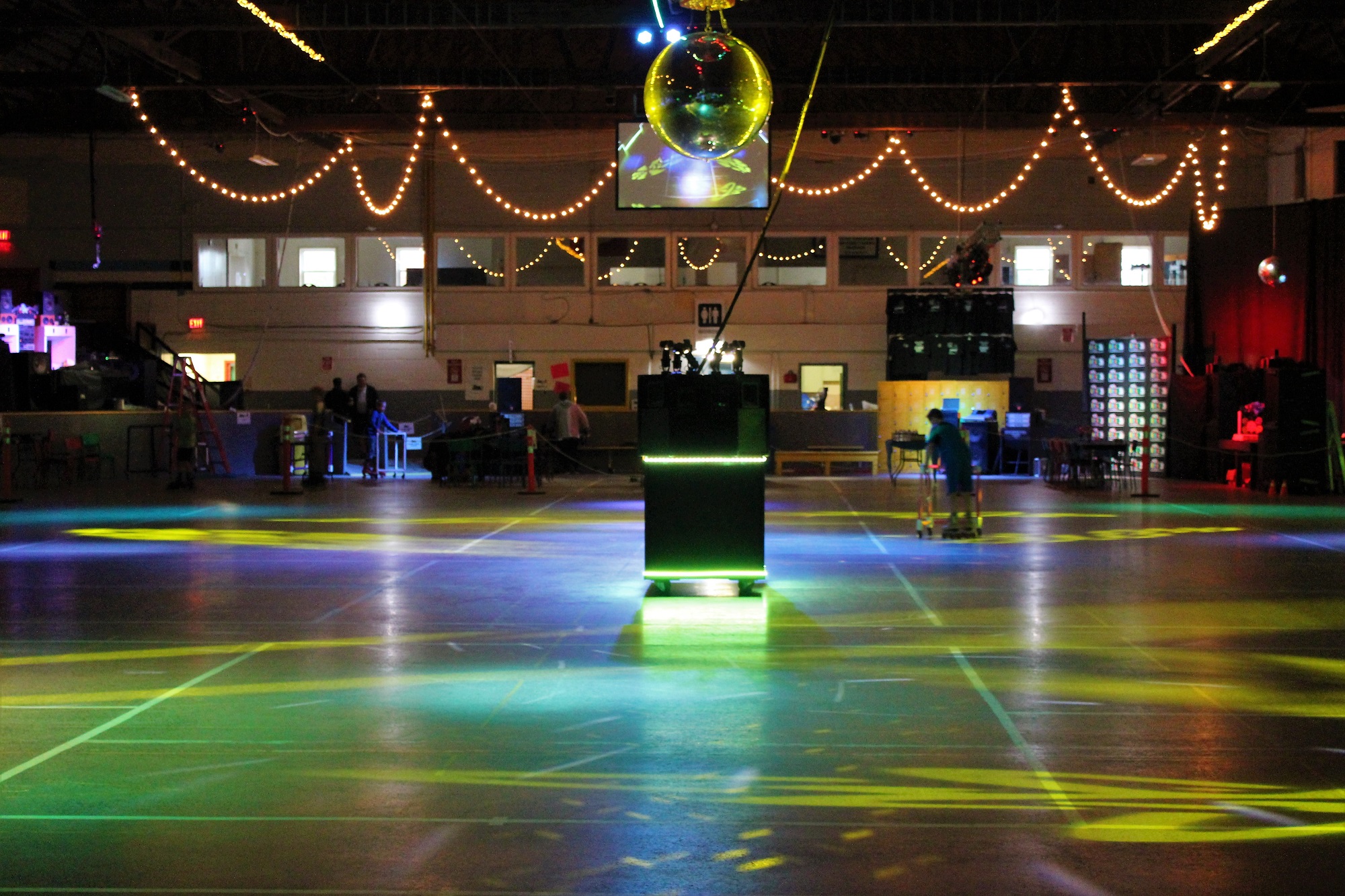 If you’re looking for a blast from the past with a modern spin, roller skating at Disco Ball Events in Napanee will be right up your alley.

Dancing in circles under the sparkle of a disco ball with music pumping on the speakers was THE thing to do in the seventies and eighties. It was where everyone went to hang out, socialize and have fun together… many, many decades before TikTok somehow became a thing.

Jay Bradley, owner of Disco Ball Events, remembers these days fondly. He practically grew up at Studio 801 in nearby Kingston. For those of us of a certain vintage, childhood memories at this popular rink, or other similar roller skating locales in the area, will pull on your heart strings. They certainly do for Jay. 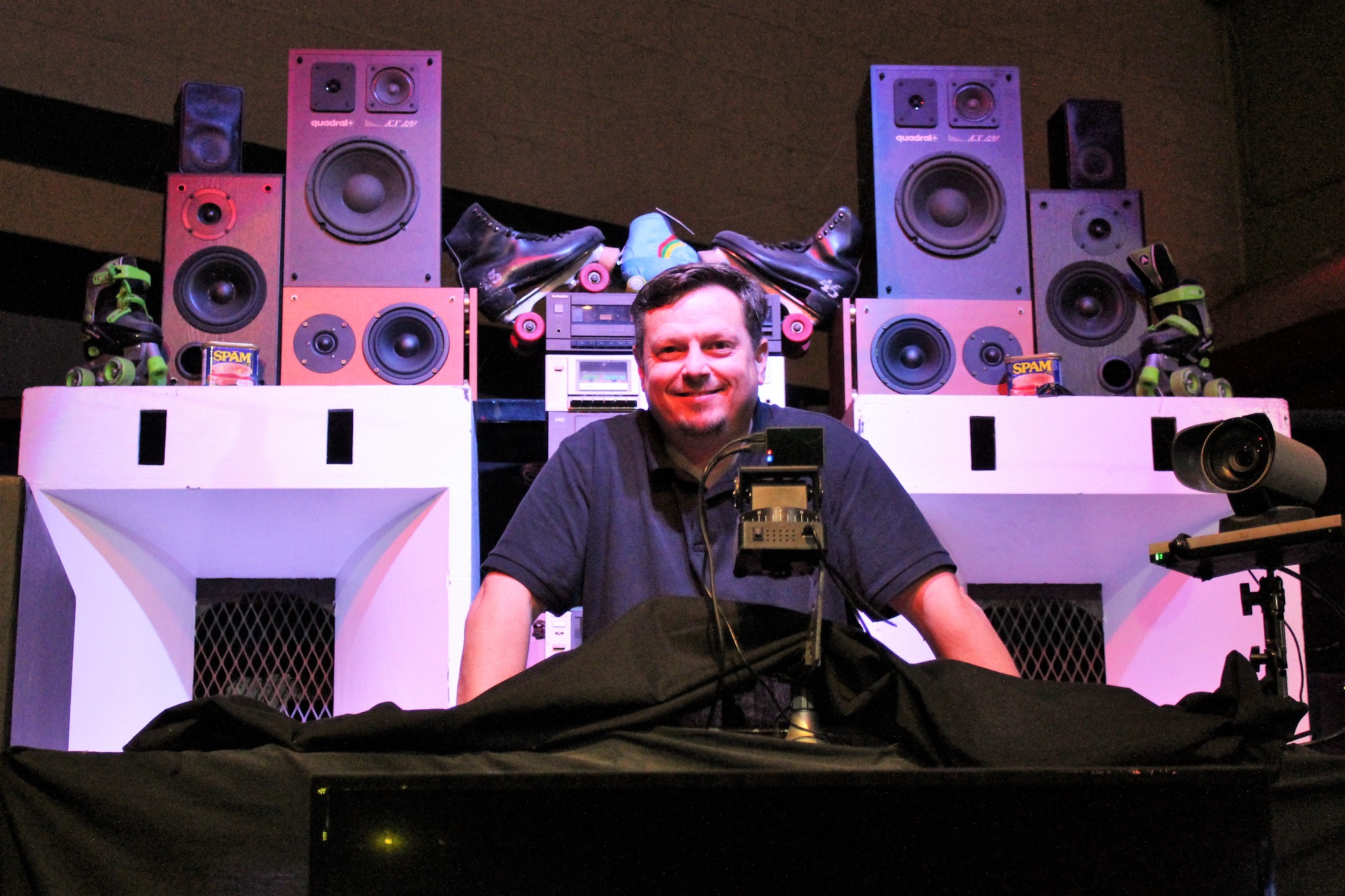 When the opportunity became available to lease the old community arena by the fairgrounds in Napanee, Jay jumped at the chance. The location had all the ingredients that would allow him to recreate some of the joy of his childhood for a new generation. He was also excited to bring back something that hasn’t been around these parts for decades, much to the delight of the 35-to-50 somethings that still recall the good ol’ days spent at the rink. 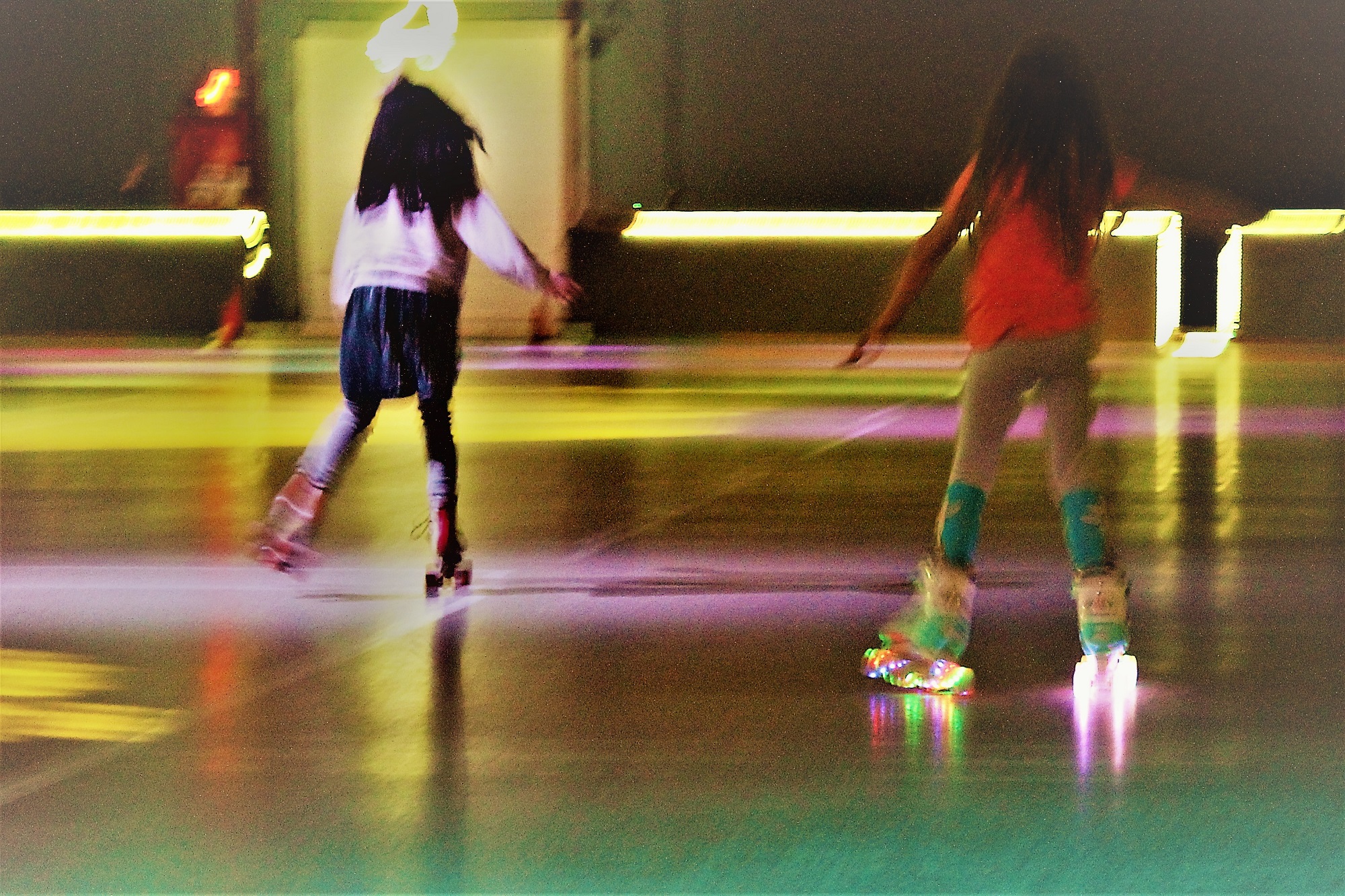 After two years of uncertainty due to the pandemic, the venue is ready to roll, no pun intended. Jay and his crew have worked extremely hard to make extensive updates to the interior of the old arena, creating a safe and inviting space for all to enjoy.

Long gone are the blue lines and player’s benches from when the venue was a hockey rink. The ancient PA system hanging above centre ice has been replaced with a large disco ball. Strobe lights are installed at various locations around the skating area. Dressing Room 2 is now is home to dozens and dozens of roller skates of various sizes that are available to rent. 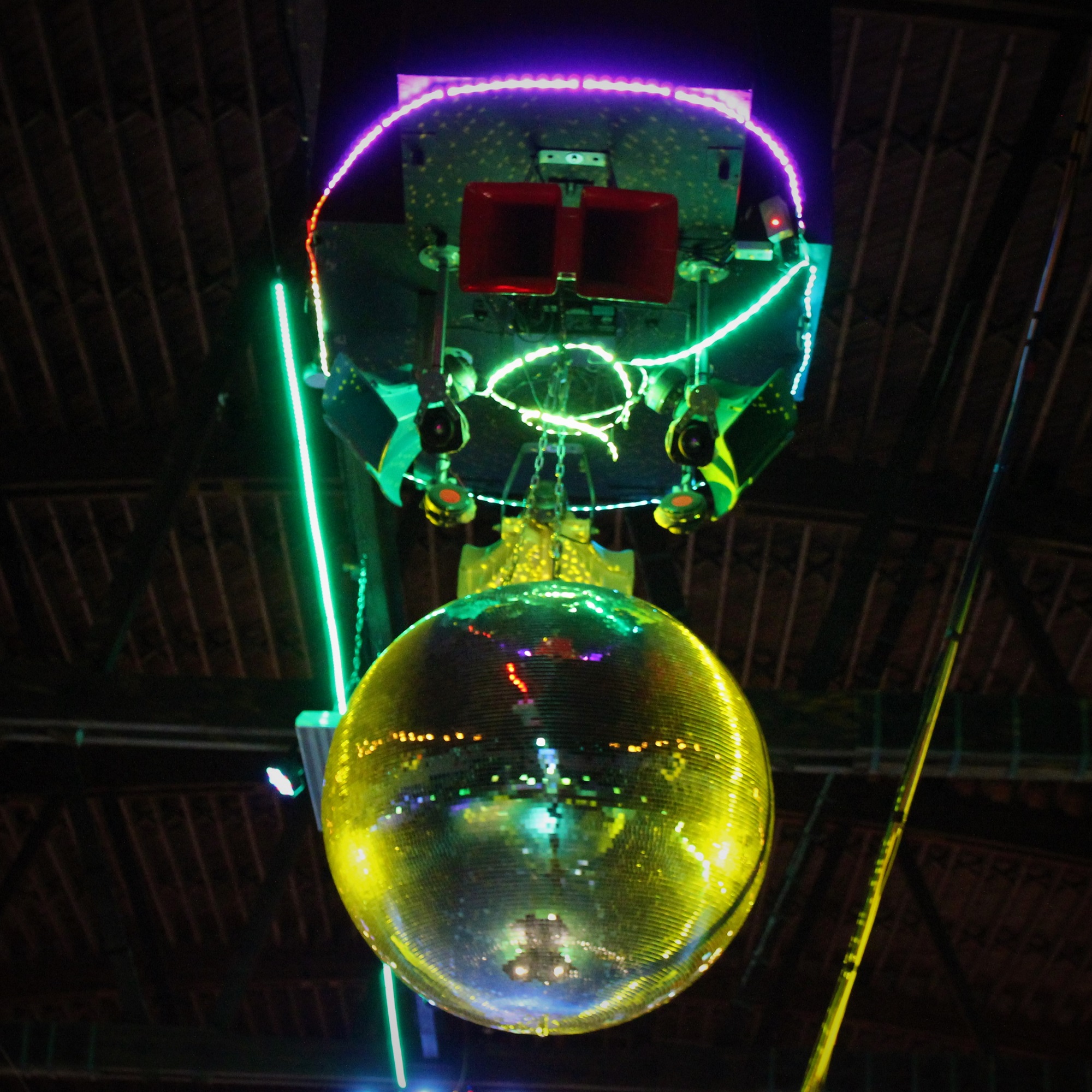 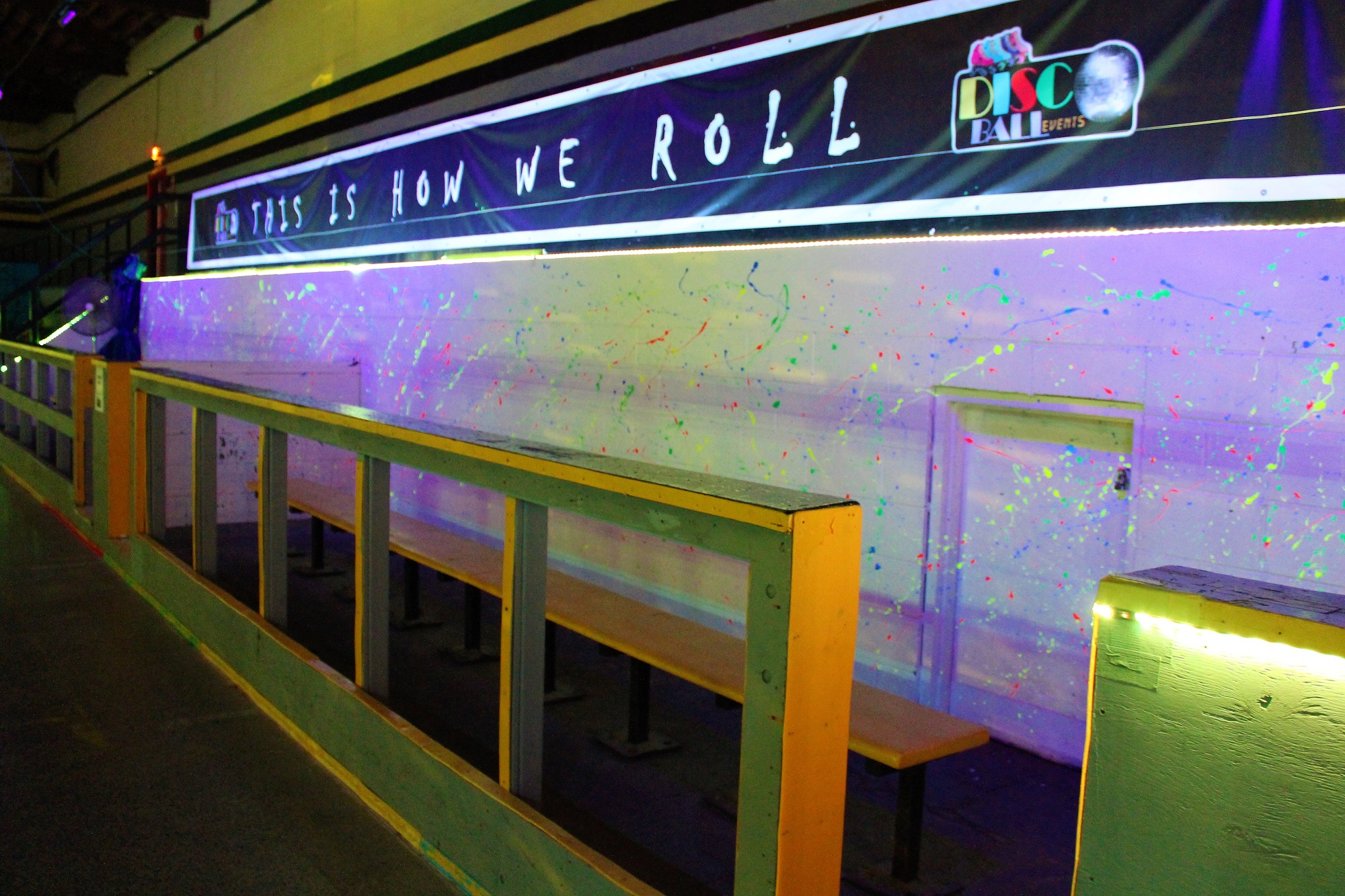 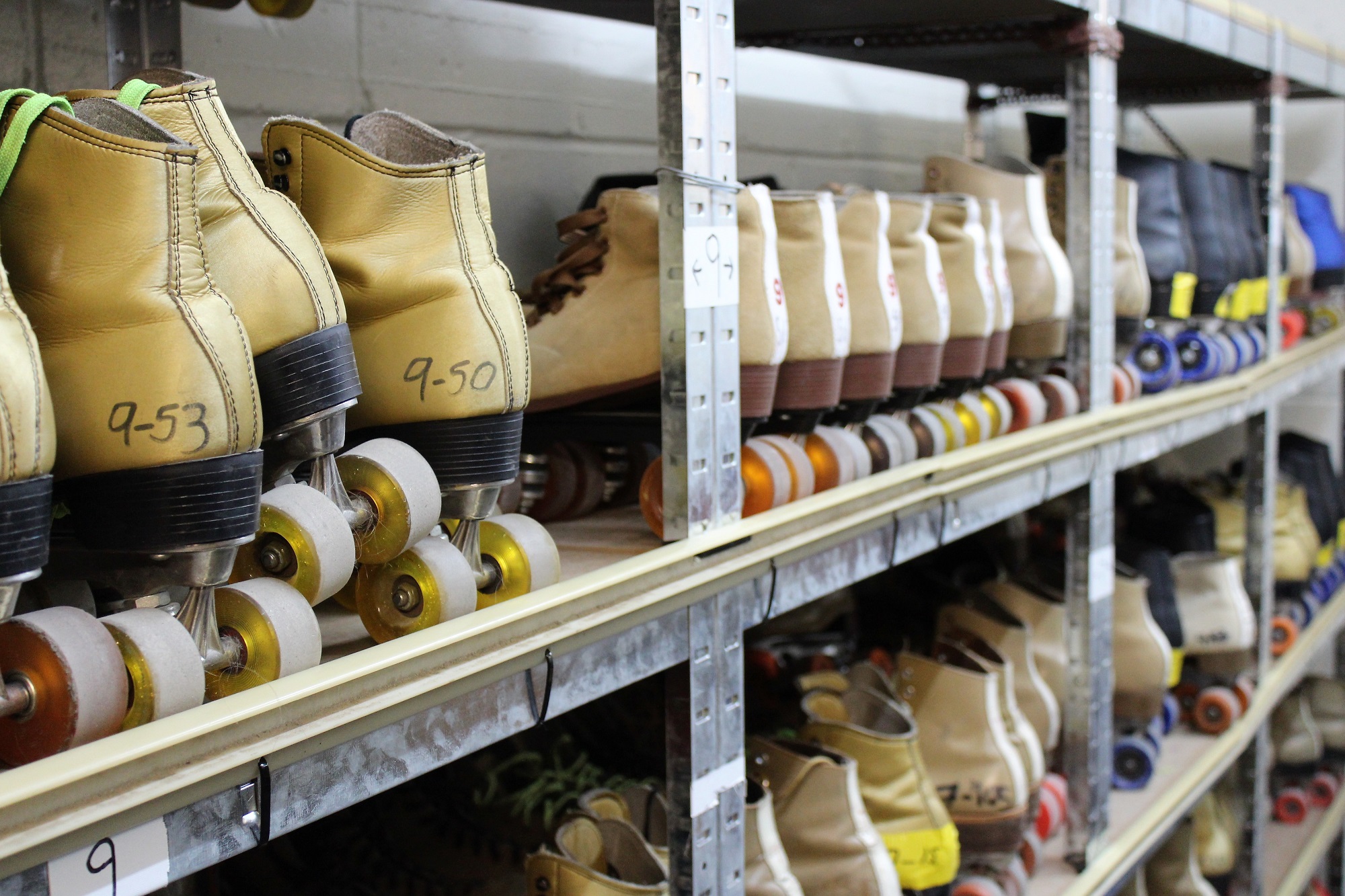 Aside from roller skating, Jay’s other passion is technology, and he’s incorporated it into the design at every opportunity. The performance stage has a large video backdrop, and the DJ booth is definitely something to behold. 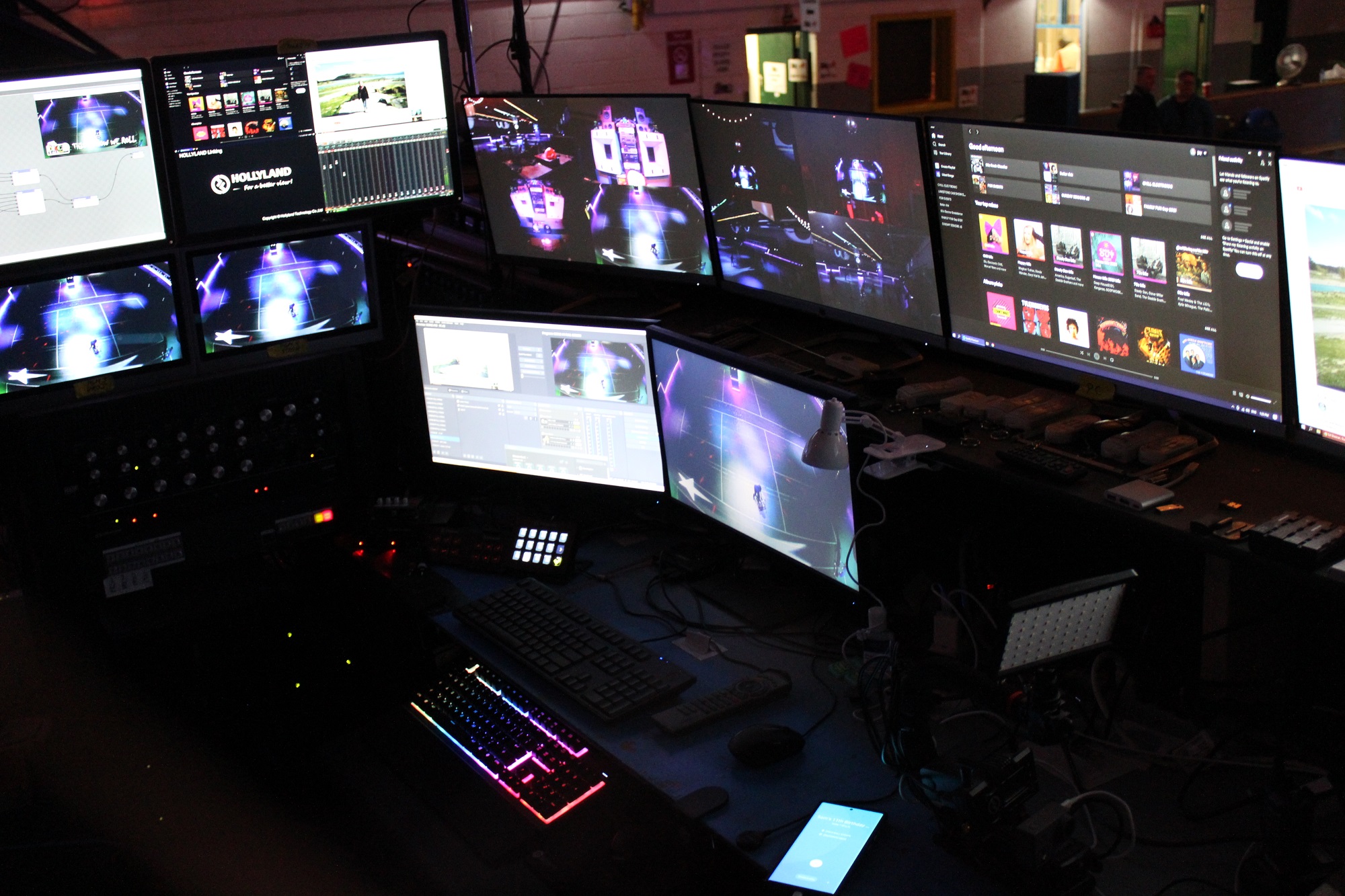 But don’t worry, they still spin records and play cassette tapes from time to time. 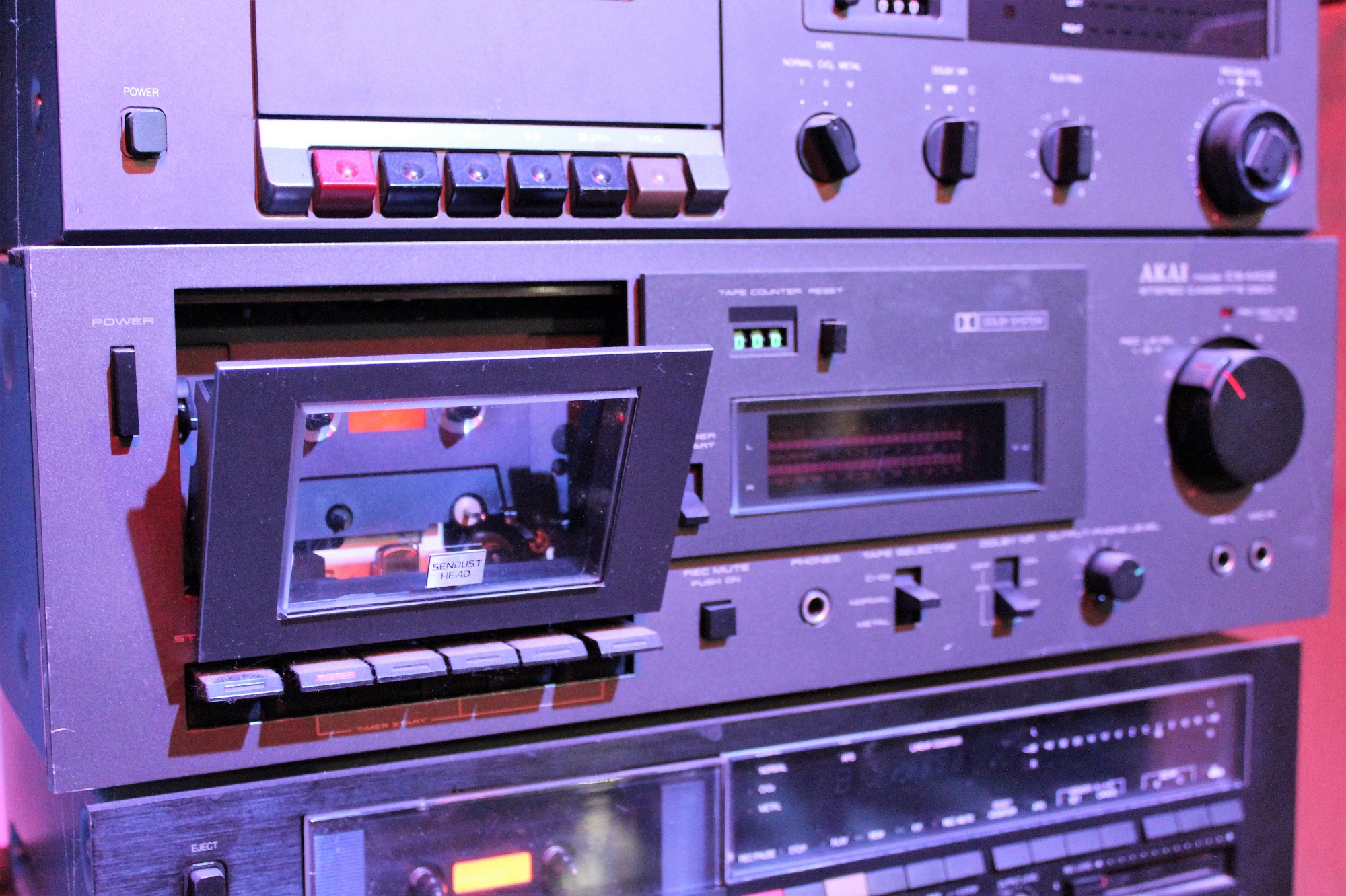 Admission is only $10 per person, and roller skate rentals are $5. You can also bring your own roller skates or in-line skates if you have them. Disco Ball Events is open every Friday, Saturday and Sunday from October 21st – June 25th. You can learn all about their themed days, from Fashioned Fridays to Subterranean Saturdays and Sunday Fund Days here.

As a cool homage to the past, the original Studio 801 disco ball hangs over the stage. Because, of course it does. 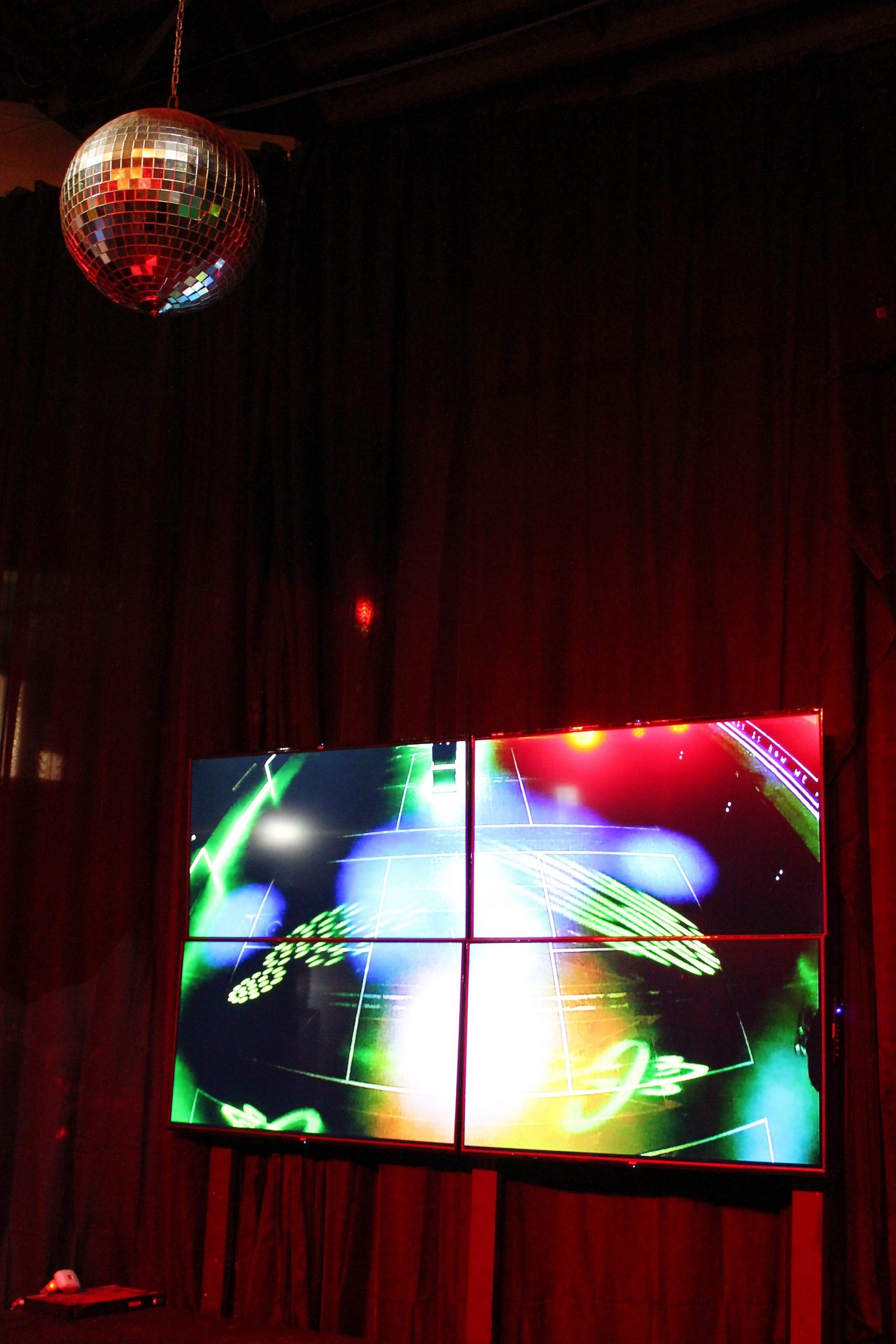 At Disco Ball Events “Acceptance, Equality and Inclusion” are their guiding principals. Jay and his hard-working crew have succeeded in creating a memorable experience for everyone to enjoy. Whether you’re a newbie or want to return to your roots, you need to come give roller skating a try. We know you’ll love it.

Disco Ball Events is located at 170 York Street in Napanee. 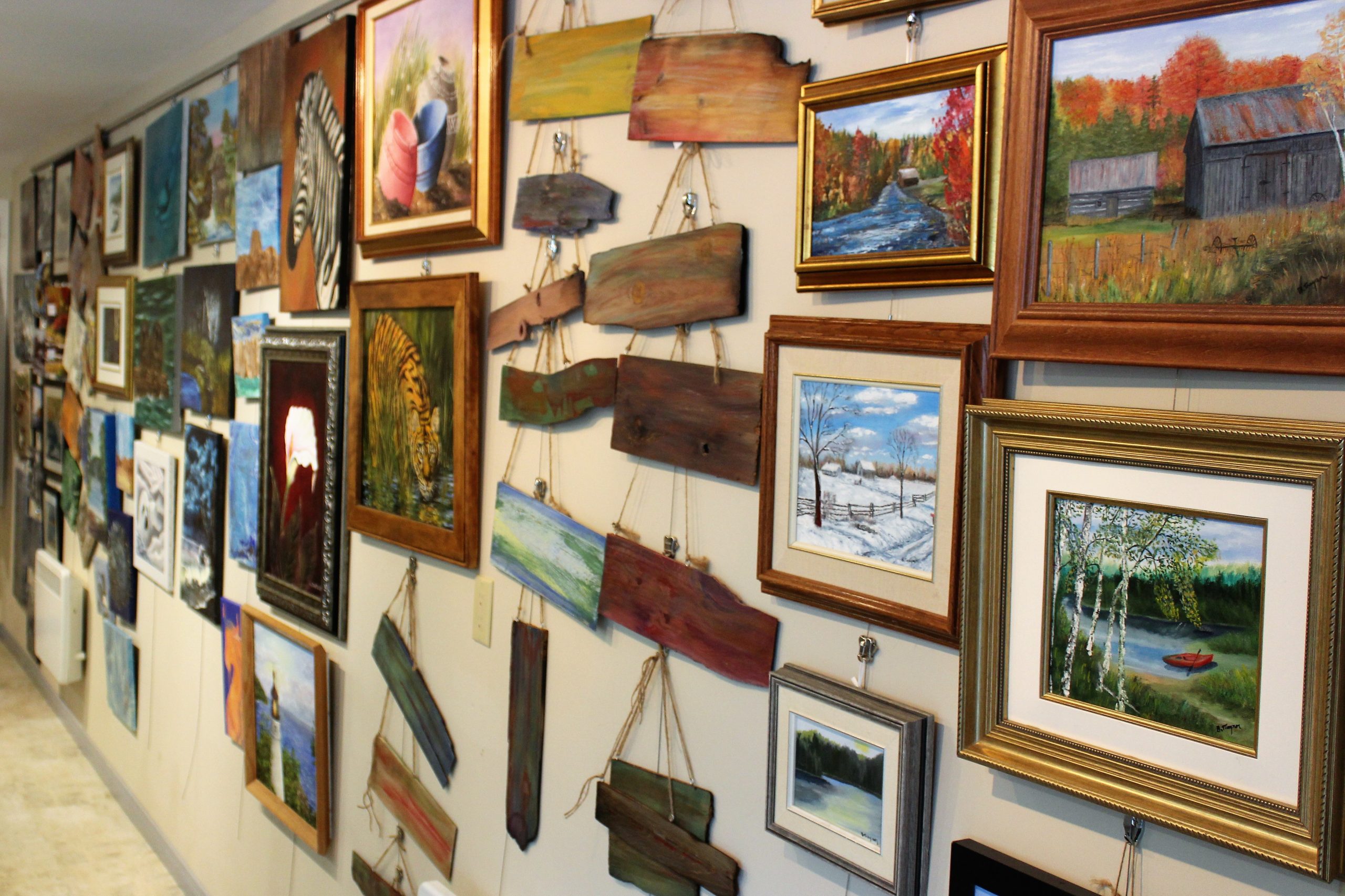 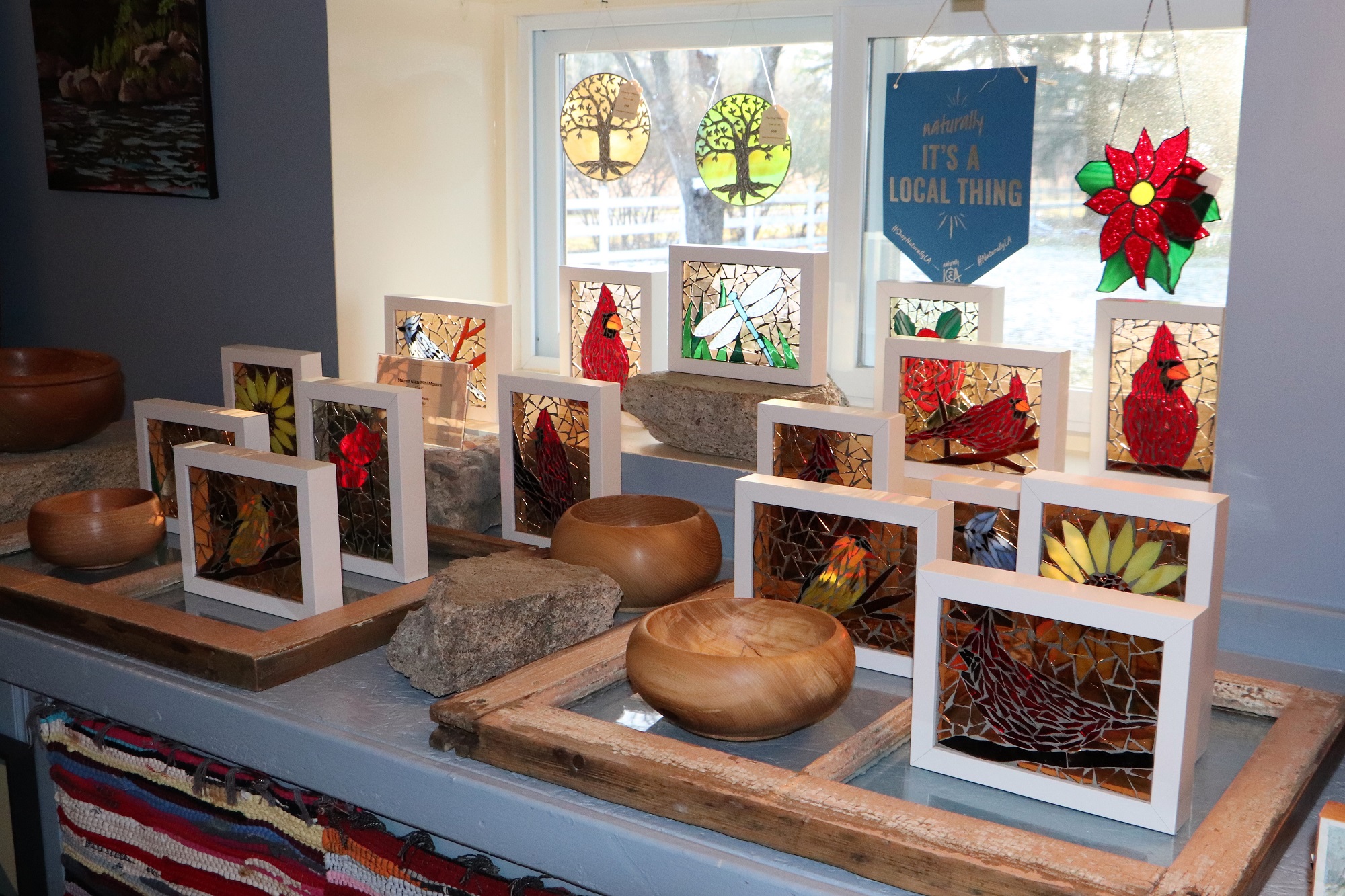 Many unique shops and restaurants in Stone Mills
I have a real soft spot for Stone Mills Township.... 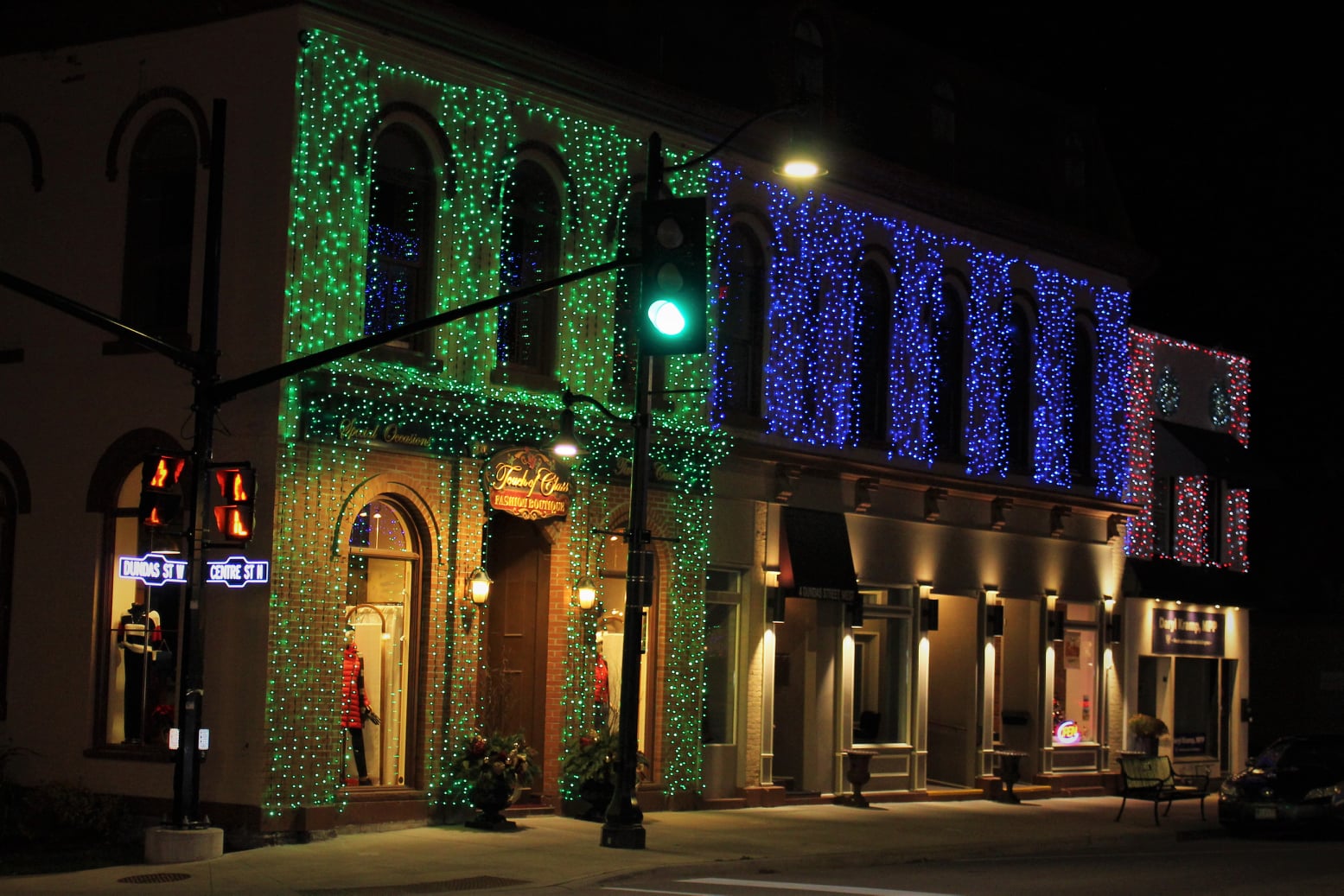 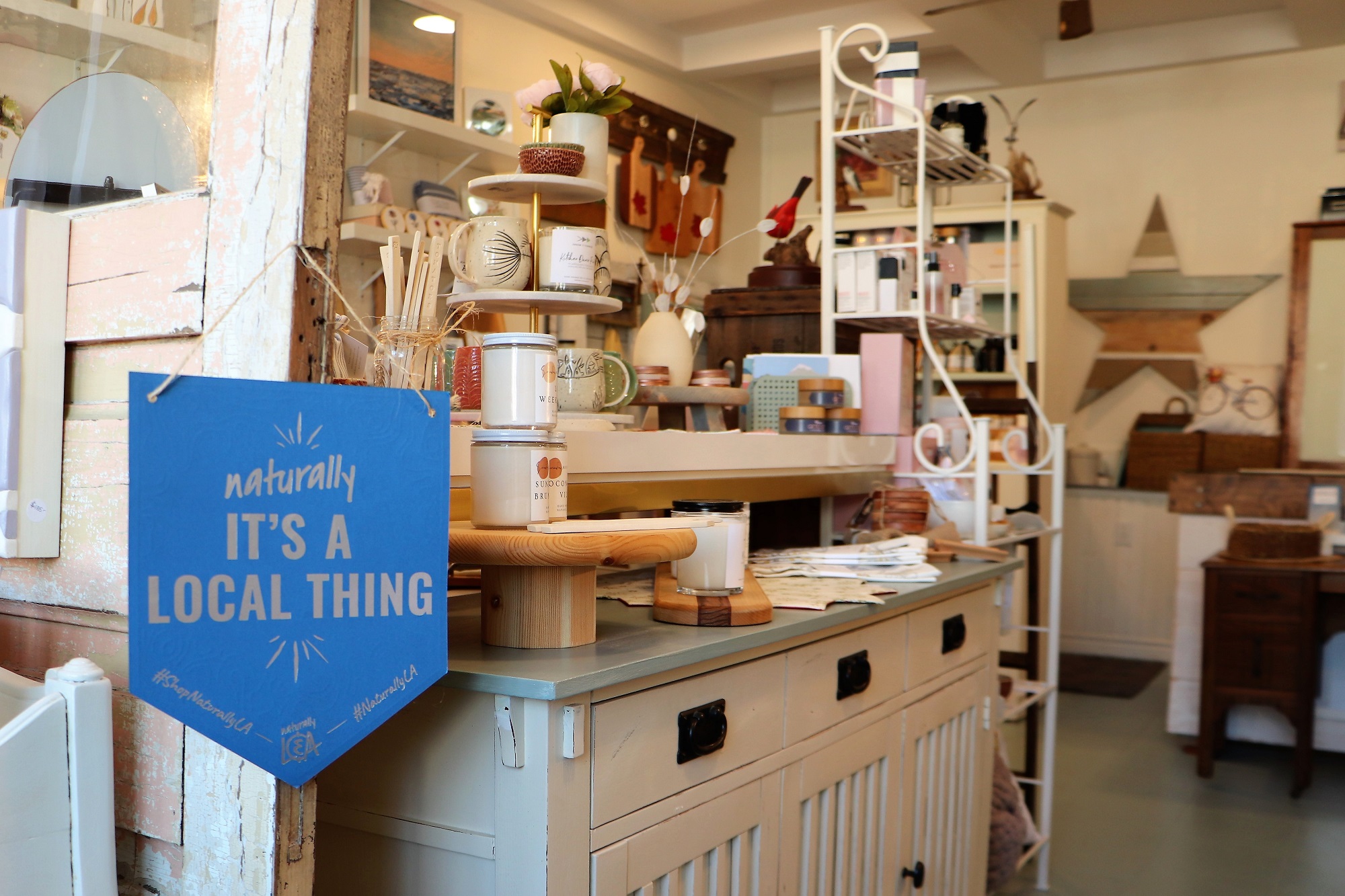 You’ll love your shopping experience in Bath, Ontario
There really are some amazing retail businesses here in Lennox... 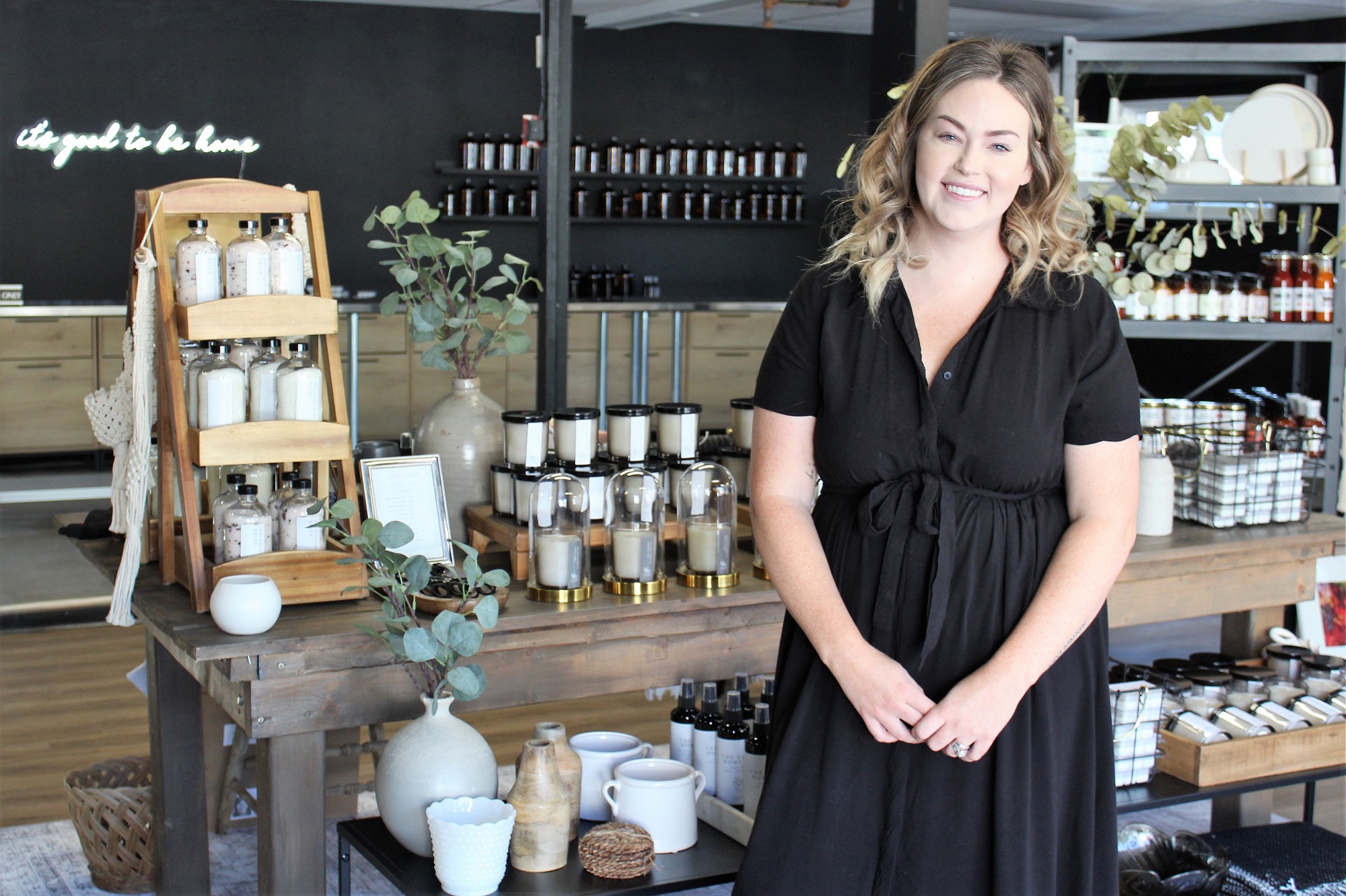 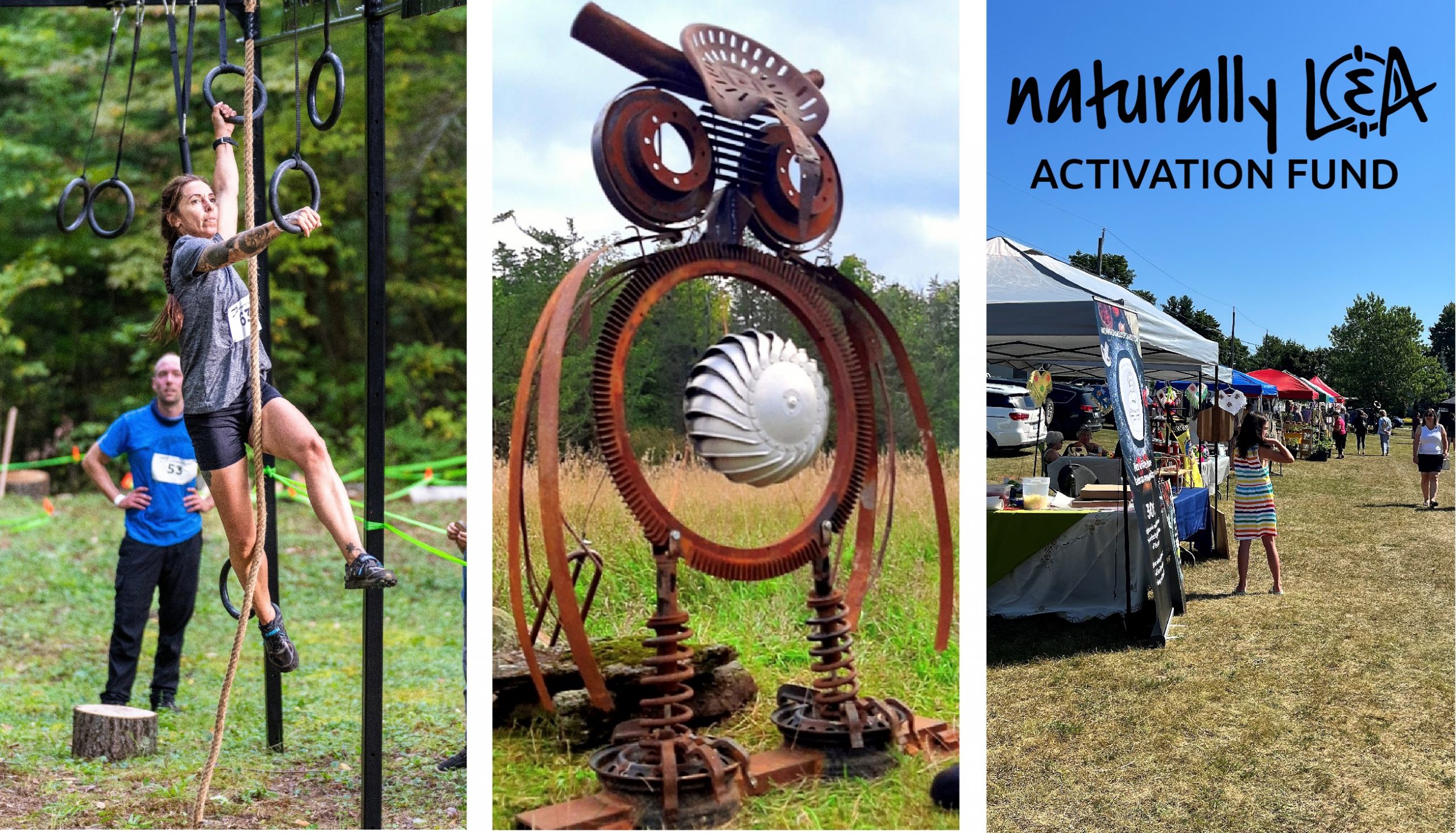 Naturally L&A Activation Fund Now Accepting Applications
Note: Thank you to everyone that sent in an application....