Wilton Tack marked its 20th anniversary in December of 2016, although in the typically humble fashion of owners Howard and Anne Mahon, the significant anniversary passed without any fanfare.

Since opening the business in 1996, and reviving a struggling 200-year-old feed mill in the process, Wilton Tack has become the ‘go to’ source for local farmers and pet owners. Whether looking for quality feed, or the latest gear and apparel for horse owners Wilton Tack is the place to shop. It’s location at 308 Simmons Road, just outside Odessa is a haven for equestrian aficionados but also a growing number of the region’s farm families.

“We have just taken things day to day, year to year since we opened,” Howard said, adding that it’s given him a chance to work alongside son Ryan, 21, who is studying engineering, and daughter Zoe, 18.

“Service is the big thing. Most regular customers have my personal cell number and I get calls seven days a week at all times of day. People know, in a pinch, it just works better if they can get a hold of me directly, and I am happy to take the call,” Howard said, adding that he has no desire to turn Wilton Tack into a huge box-store like operation or open other outlets.

Find out how the Lennox & Addington Economic Development Office can help

Adapting to changing times, changing needs is one of the keys to Wilton Tack`s success.

“It’s about doing what we do and doing it well. I think people appreciate the service and that we listen to the customer’s needs. We got into the delivery side of the feed business by listening to needs of regular customers and now it’s a big part of the feed side of the operation. The business changes because customers are changing. We don’t say we’re not going to do something, we say what do we have to do to make it work? Nothing is ever ‘no.’”

Wilton Tack has always had a solid presence on the internet and a few years back incorporated an online store, to great success. While it has meant occasionally less traffic into the store, when people do come in, they get a sense of the stock available, and then make their purchases online. It has not only added a major revenue stream, but expanded the potential customer base for Wilton Tack’s equestrian products.

“People don’t have time to do in store shopping any more; they want stuff delivered right to their door. People will find what they want online and maybe come in to look at it, or they will call in to ask about it. We’re getting more phone calls than ever before because people are looking online first,” Howard said.

“People would be surprised at how well we’re getting to be known across Canada and I think that’s because of our web presence and our service. We have a great social media presence with 29,000 likes which is pretty amazing. And the online store is great because it allows us to carry a bigger and more varied product line, especially for apparel. And locally we really deal with a pretty wide area of customers, both with people coming here and deliveries. We’re basically covering from Cobourg to Gananoque and points north. It’s been great, and we’re just going to keep doing what’s been working for us.” 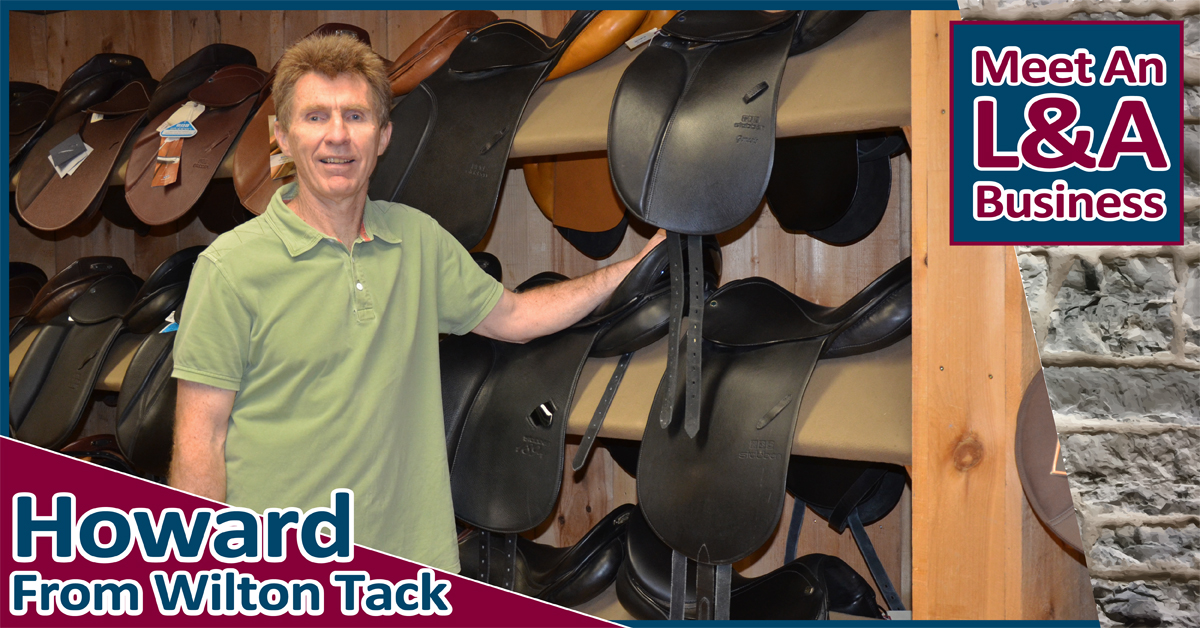